Founded in 1970, Toyota Town has grown to become the leading Toyota dealer proudly serving London, Ontario — as well as Kitchener, Sarnia, St. Thomas, Exeter, Stratford, Windsor and beyond. Our 58,000sq/ft sales, parts and service center located in London, ON. Just five minutes from the 402 highway.

Toyota Town has grown from an initial 16 full time employees to over 100 employees today.

Our state of the art facility offers:

Toyota Canada has recognized our Toyota Service team with the Toyota Pride award on 10 different occasions. This places Toyota Town among the “best of the best” as the Pride award is earned by a Toyota dealer service departments whose customers report extremely high levels of customer satisfaction with both the quality of care they receive from our team, and the quality of work performed on their vehicle. 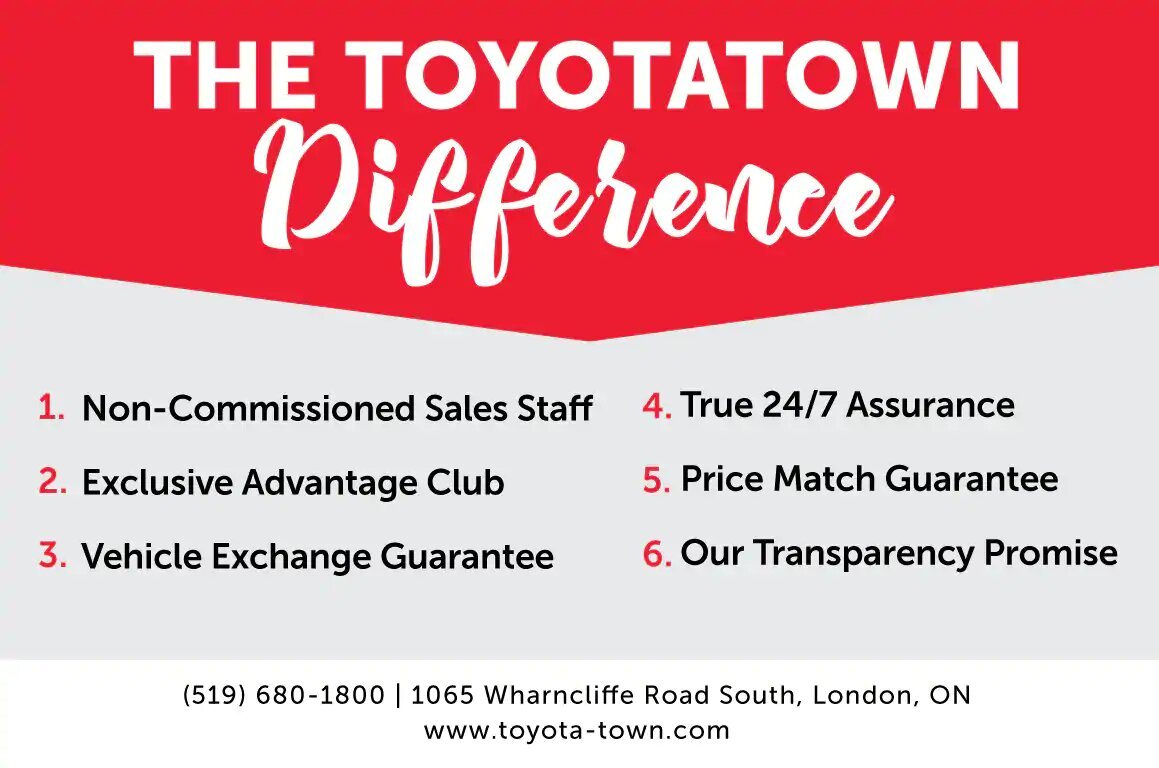